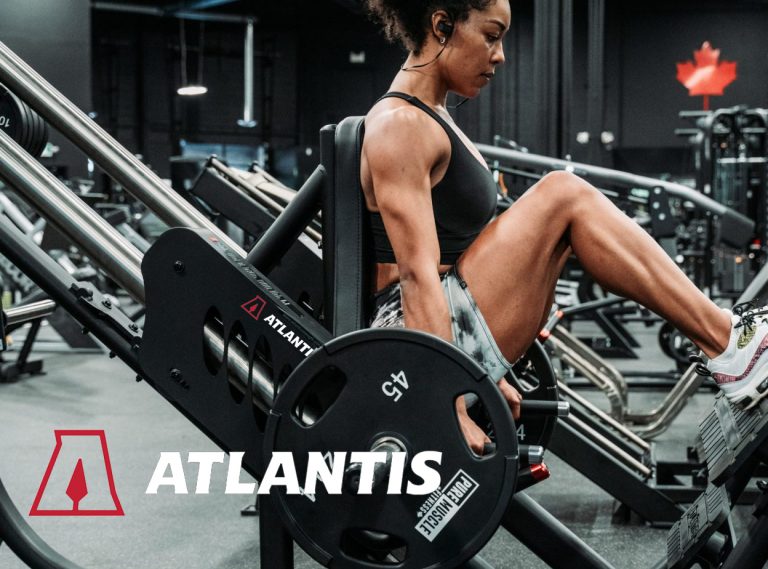 Forty years after its creation, Atlantis Strength, the Laval-based manufacturing company, has unveiled its new brand identity and launched its new website.

Rooted in the heart of Laval, the company, which designs and manufactures high-performance strength equipment, is embarking on a new adventure with the goal of increasing its presence on the market, as explained by its new president and CEO, Jordan Sansoucy.

“The goal behind the creation of a new visual identity is to better present the essence of our brand and to emphasize what we want to convey to our customers,” explains Mr. Sansoucy. “We had to find a new way to talk about ourselves regarding who we are, what we are, and what makes us proud. After 40 years with the same logo, it was imperative that we do something bold, and we did. We succeeded.”

A more inspiring and modern image

The company’s new slogan “Shape greatness” will replace the former “Feel the strength” version that has accompanied the company’s products for many years.

The new slogan is intended to not only inspire current users of Atlantis equipment, but also to create a renewed sense of purpose that builds a growing community of loyal customers around the brand.

“Atlantis is more than just a brand of exercise equipment. Atlantis is the desire to go past your limits, to be persistent, to be determined. Shape greatness means embodying the mentality of an indomitable athlete. That’s what we want to convey with this new slogan, says Sansoucy.

After working on the spirit of the brand, Atlantis turned its attention to creating a new visual identity. “We were ready to go all the way with our intentions. A more modern aesthetic was essential to capture the revolutionary notion behind our brand,” says the company’s CEO.

When it came to the lettering, the company opted for a more powerful, robust and clean version of the former lettering. “We built our symbol to more easily connect with the capital ‘A’ in Atlantis, the arrow to represent the overcoming of adversity, and with the idea of legends associated with a fighter’s spear. Bold and established, our red, white and black color palette reflects our heritage and the colors we’ve known for nearly 15 years. 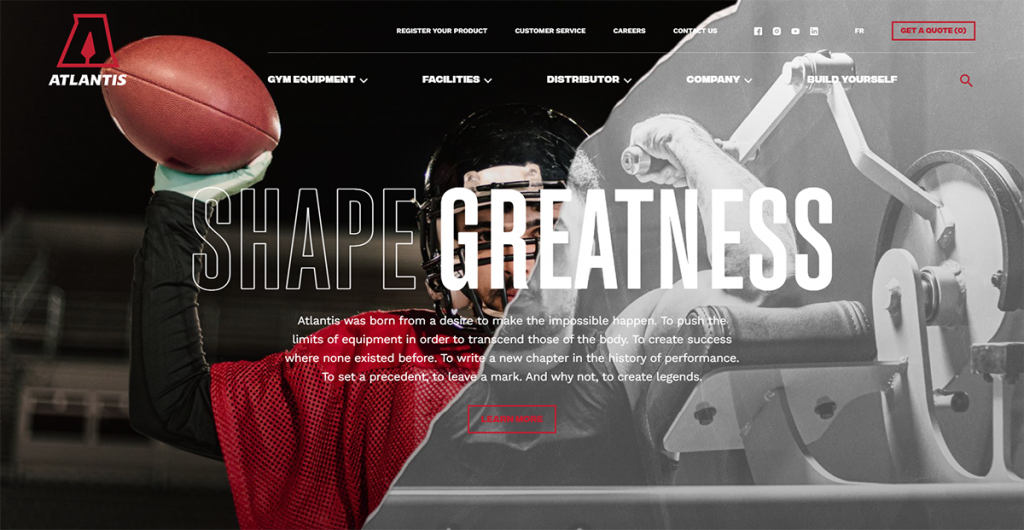 The new website offers an improved experience, making it easier to access and navigate through the different product lines. It is based on sophisticated and responsive technology that creates a personalized experience based on interests. While also being compatible with all device types.

Atlantis Strength opened its doors in 1982 in Laval. It is the largest manufacturer of fitness equipment in Canada with close to 90 employees. Atlantis equipment is known worldwide for their innovative design, smooth movement, and overall durability.