Canada’s Investment in Fitness – Is It Worth It? 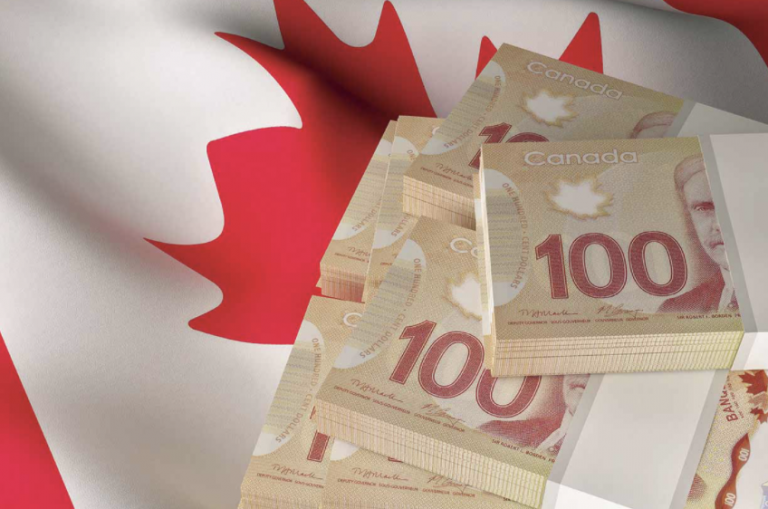 In this economic climate, if you were told that you could get a 500 percent return on your investment, you would ask two questions:

And how much can I buy?

This is what the Fitness Industry Council of Canada (FIC) has presented to the Canadian government in our ask that they make gym memberships and services tax deductible in the next budget. Not only is this a necessary step – it is fiscally prudent. We have run the numbers, and they speak for themselves.

So, what is the stock? The stock is Canadian lives.

How much can I buy? You can invest in all of them.

More than 80 percent of Canadians are inactive – and this number is rising, not falling. Since the pandemic began, one-third of Canadians are moving less than they did before – we await more research on inactivity, but the numbers are grim. Physical inactivity contributes to chronic illness: extensive data proves that 150 minutes of moderate to vigorous exercise weekly has a direct effect on diabetes, heart disease, hypertension, brain health, many types of cancer and mental health. An inactive population is a sick population – and we cannot afford to stay sick.

Let’s look closely at the numbers: The financial impact of physical inactivity in Canada is estimated at 15 billion dollars annually. The economic impact is measured in direct and indirect costs. The direct costs relate to hospital care, physician services, drug costs, health research and other health costs. Indirect costs include premature mortality, and lost future paid and unpaid work, as well as short-term and long-term disability.

There are currently more than 29 million Canadians who are considered physically inactive. Per capita, the cost of inactivity is estimated at $505. If we look at the cost of gym membership and services annually, and estimate them at $1200 per Canadian ($600 per gym membership, and $600 for services such as personal training), and we calculate a 30% tax deduction, this would cost the Canadian government $360 annually per Canadian. The Return on Investment for each Canadian would be 140 percent.

But let’s dive a little deeper, because the real cost savings to the government start to mount when we look at reducing chronic illness in Canada. While the cost of inactivity per Canadian is estimated at $505, the cost of inactivity on someone with a chronic condition – such as obesity, Type 2 diabetes, or cardiovascular disease – is much higher: this is estimated at $2000 per Canadian (and many Canadians have more than one chronic condition). If we get 1.2 million of those Canadians moving, inspired by a tax deduction for fitness memberships and services, and reaping the health benefits of an active lifestyle, this would save the government more than 2 billion dollars – or, 259% return on their investment. This is calculated by the tax-deductible gym membership, and the long-term impact of reducing chronic illness.

We also need to look at the short-term and long-term positive economic impact on the fitness industry in Canada, hard-hit by the pandemic. There are currently 6000 fitness facility members of the Fitness Industry Council, employing 150,000 Canadians. Since the pandemic began just over a year ago, these facilities have been shut down, while continuing to pay huge costs – those that have been allowed to stay open or reopen have done so with added investment in virtual offerings, increased health, safety and ventilation protocols to meet provincial guidelines, and at a reduced capacity. More than half of Canadians previously employed in the fitness industry are out of work – many are collecting the CERB, costing the government $2000 monthly. The move to open gyms again will get our fitness industry leaders back to work – but we need the members.

The fear that has been generated about exercising in a group setting has led to a dramatic reduction in gym memberships. Prior to the pandemic, more than 6,000,000 Canadians held gym memberships – that number has dropped by 50 percent. In spite of substantial data worldwide that shows millions of safe check-ins, with very few COVID-19 transmissions in fitness facilities, there is great fear about exercising together. Enhanced cleaning protocols, exercising with a mask, social distanced workouts – none of this will matter unless we educate the public about exercising indoors safely, and make exercise accessible to all. The FIC proposal to make gym memberships and services tax deductible will inspire Canadians back into gyms.

Incentivizing Canadians to exercise is the smartest, most fiscally responsible decision the federal government can make in the April 2021 budget. We have spent decades watching healthcare costs mount, watching our population grow more inactive and sicker in the process. No one will deny that exercise is medicine – but is the government willing to pay for that medicine?

It is time to look at a post-pandemic world as one full of the possibility of change – where we invest in preventing illness and disease, where we recognize that exercise is medicine and something that every Canadians deserves. Health is a fundamental human right – and our government has the power to help us.

The time is now.

Sara Hodson has a Kinesiology degree from UBC and is the Founder, President & CEO at LIVE WELL Exercise Clinic – The Ultra Private Gym for people with health concerns. She is a Provincial Council Member and Provincial Lead for the Fitness Industry Council of Canada. You can connect via email: Sara@livewellclinic.ca or join her on LinkedIn
PrevPreviousThe Biggest Google Update of 2021: Is Your Fitness Website Optimized?
NextMultiple Lockdowns Testing Even the Most Resilient Club OwnersNext